Mr. James Swetter is entering his 8th year at Cactus Shadows High School, where he will serve as the Principal for the 2018-19 school year.  Prior to serving in this role, he was the Assistant Principal for Operations and Athletics.  Prior to that, Mr. Swetter was the Dean of Students during the 2015-16 school year and served as a social studies teacher from 2011 to 2015.  In addition, he was the Varsity wrestling coach from 2011 to 2013.  In 2010, Mr. Swetter moved to the Valley from Ohio.  He had served as a social studies teacher in the Woodridge Local Schools from 2002 to 2010 where he also coached football, wrestling, and track and field.  Mr. Swetter earned his Bachelor of Science in Education from Kent State University in 2003, where he was a four year letterman on the wrestling team.  He earned a Master of Arts in Education, Administration and Supervision (2011) and a Master of Arts in Educaiton, Curriculum and Instruction (2008), both from the University of Phoenix.

Mrs. Umbarger is originally from Wisconsin, but has lived in Arizona for almost 30 years. She is the Assistant Principal for Student Services and Instruction supporting students with scheduling, classes, grades, and everything academic. She loves working with both students and teachers. She is a National Board Certified Teacher and holds a Master’s Degree in Special Education and administration. Ms. Umbarger was an instructional coach and then, the district English Curriculum Coordinator in the Glendale Elementary School District. Prior to serving in her current position, she was the ELA professional development coordinator for Maricopa County, providing standards and implementation training for administrators, coaches, and teachers in Maricopa County.  Ms. Umbarger has also served on the state standards grade level committee as a chair. Mrs U says, “I love Cactus Shadows! The students and staff are amazing. Cactus Shadows is a special place to be.” 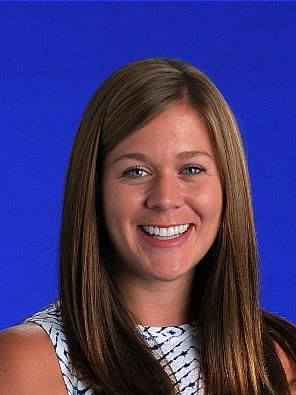 Ms. Tandehl Collentine has had the privilege of working for CCUSD for the past 9 years.  She has taught at all grade levels within the district starting at STMS as the P.E. Teacher and Track & Field coach before moving onto BMES as the P.E. Teacher for grades K-6.  For the past 6 years, Ms. Collentine has taught P.E./Health and F.A.M. (Foundation of Academic Mentoring) at Cactus Shadows High School, along with Head Coach duties for Track & Field and Assistant Cross Country Coach.  Ms. Collentine received her Bachelor of Science degree in Physical Education from St. Cloud State University in Minnesota.  She continued her education in Arizona, earning a Master's Degree in Educational Leadership from Grand Canyon University.  Ms. Collentine is excited for the opportunity to have a positive impact on the outstanding athletic and academic programs at CSHS.  She resides in Cave Creek along with her husband and two sons who attend BMES.